Mattel announces new body types for the doll that are more reflective of real women's bodies. 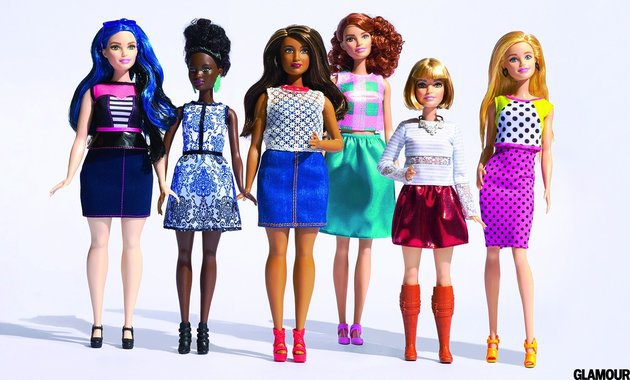 Digital Studio - Tim Hout 12.17.15 (2015-12-17) 201603 > Barbie Selects Caption:                                              Glamour March Barbie
Following a decades-long debate about Barbie's harmfully unrealistic body type, Mattel has finally made a change to the iconic doll.
Today, the toy company unveiled three new Barbie body types: petite, tall and curvy. They are all available on Barbie.com, along with the original doll. Each doll also comes in a variety of skin colors and hair styles.
Time magazine broke the news of the announcement with an exclusive cover story by Eliana Dockterman. The cover image features the new "curvy" Barbie.
"The company hopes that the new dolls, with their diverse body types, along with the new skin tones and hair textures introduced last year, will more closely reflect their young owners’ world," writes Dockterman.
After countless anti-Barbie protests, psychological studies about the potential harm the doll might do to young girls, and the development of empowering doll alternatives, Mattel is finally taking action, as the increasing demand for change has been reflected in Barbie's continuously plummeting sales in recent years.
"American beauty ideals have evolved," Dockterman writes. "The curvaceous bodies of Kim Kardashian West, Beyoncé and Christina Hendricks have become iconic, while millennial feminist leaders like Lena Dunham are deliberately baring their un-Barbie-like figures onscreen, fueling a movement that promotes body acceptance." 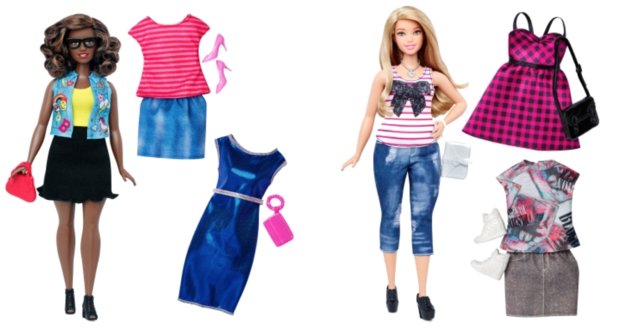 As the head of the Barbie brand Evelyn Mazzocco told Time, "The millennial mom is a small part of our consumer base, but we recognize she’s the future."
The response from many millennials so far is pretty simple: It's about damn time.
“Yes, some people will say we are late to the game,” Mazzocco told Time. "But changes at a huge corporation take time."
While the Barbie brand has faced criticism since the early 1960s, Mattel president and COO Richard Dickson argues that the doll is not anti-feminist.
"Our brand represents female empowerment," he told Time. "It’s about choices. Barbie had careers at a time when women were restricted to being just housewives. Ironically, our critics are the very people who should embrace us."
(Indeed, Barbie has added a whole host of jobs to her resume over the years, including space explorer, presidential candidate and computer engineer.) 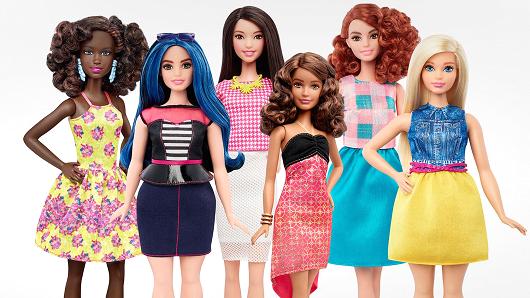 Though Mattel reportedly won't discuss the new dolls' proportions or how they came to be, Dockterman observed some of the focus groups of mothers and daughters that helped inform the decisions.
While several little girls reportedly "snickered" at the new curvy doll's body and some moms argued the new Barbie wasn't curvy enough, the reporter found that most kids simply gravitated toward the doll that looked most like them.
"I do all kinds of things for my kids that they don’t like or understand, from telling them to do their homework to eating their vegetables," Mazzocco says. "This is very similar. It’s my responsibility to make sure that they have inclusivity in their lives even if it doesn’t register for them."
For now, Mattel is in talks with toy retailers to create shelf space for the new dolls with their and their clothes and accessories. The new dolls provide a wealth of new options of kids with the countless new combinations of skin tone, body type and hair cut, color and texture.
While the company expects some backlash, they hold out hope for future generations.
“Ultimately, haters are going to hate,” Dickson told Time. "We want to make sure the Barbie lovers love us more -- and perhaps changing the people who are negative to neutral. That would be nice."
To read the full story behind the new Barbie bodies, head over to Time.
← Older Post Newer Post →